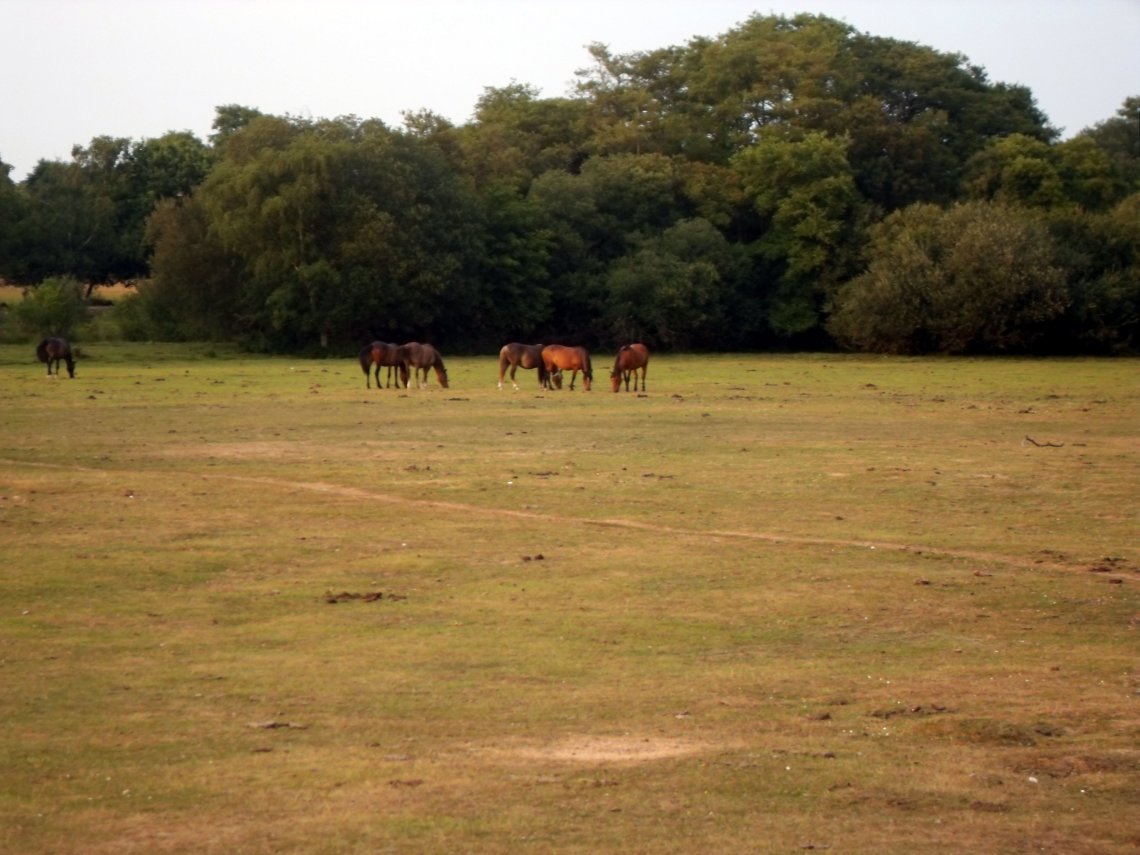 I recently returned home from my short break to the New Forest.  It was MUCH too short and I wish I could have stayed there all summer.

Unfortunately, it was rather too hot for me, with the temperature not falling below 28 degrees for most of our stay.  I don’t think donkeys like the heat, wise creatures that they are, they probably prefer to stay in the shade like all the New Forest animals as DerrickJKnight says in his blog post ‘Seeking Shade’ (I hope he doesn’t mind me linking to it.)

I looked high and low for donkeys but they were absent from all their usual haunts.

I found some ponies on some land on the periphery of Lyndhurst which was apparently the old racecourse where in 1885 they raced dogs, cats, snakes, pigs and guinea fowl.  I took this photo from a lane which is interestingly named ‘The Custards’.

I saw a donkey jenny with her foal who was lying flat out in the sun in the carpark at Hatchett’s Pond, but I couldn’t get any photos as I was on the top deck of the New Forest tour bus at the time (green route stopping at Brockenhurst, Lymington, Beaulieu, Hythe and Lyndhurst).

I optimistically returned twice to Hatchett’s Pond the next day but found only spaniels and a herd of cows cooling down in the water.

At Beaulieu the parched grass of the green was devoid of donkeys and the roadside verge opposite the garage was occupied by these beauties: 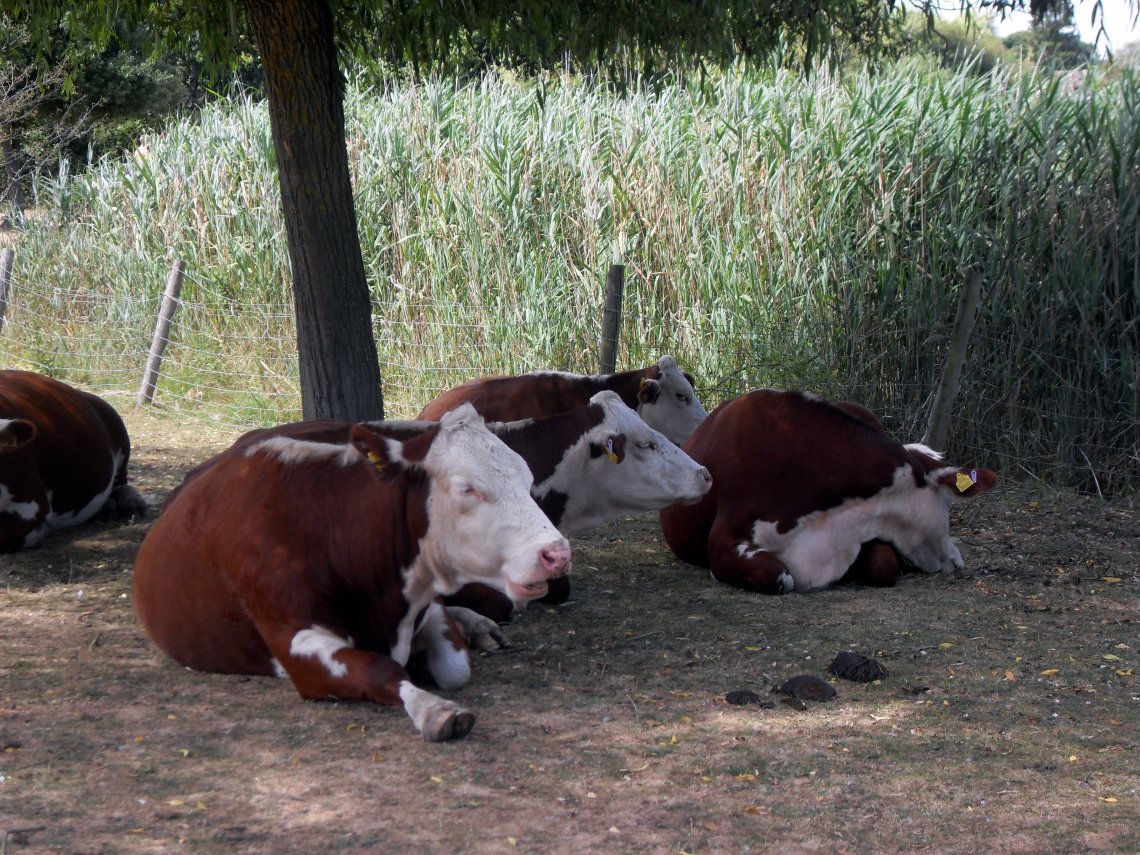 The Royal Oak had a few ponies skulking under the trees – but once again, not a donkey in sight.

No donkeys on the drive to Lepe Country Park – just more cattle.  No donkeys in the vicinity of Beaulieu Road.

We drove towards East Boldre where we stayed four years ago in a converted stable which had bats nested between the cladding and the walls!  To my delight, outside the Post Office I found a donkey and foal. 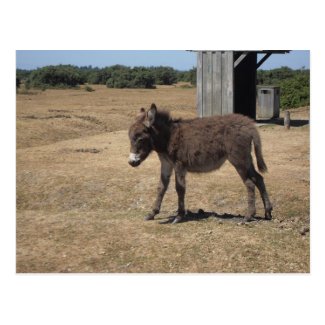 He was a cheerful fellow and posed for photos and then did a little bucking display before cantering across the road to join his mother and disappearing around the back of someone’s house.

Maybe it was the heat or perhaps it is a bad year for donkeys.  Still, now I am back at home I am going to console myself by watching ‘A Year in the New Forest’ which I have discovered is on Channel 4 on Saturday!

My favourite time of the week is 5pm on Friday! Thanks for reading my blog! View all posts by Michelle Le G

Recent Posts: Out Of The Office

Will Biodegradable Teabags Make The Perfect Cup of Tea?

Should You Use a Crystal Rock Deodorant?

why not try a natural sunscreen?

Covid – a disaster for us and the environment